› Country › What is › What is The Capital of India

What is The Capital of India

Delhi, locally pronounced as Dilli is officially National Capital Territory of Delhi (NCT). The name Delhi is often also used to include urban areas near the NCT, as well as to refer to New Delhi, the capital of India, which lies within the metropolis. 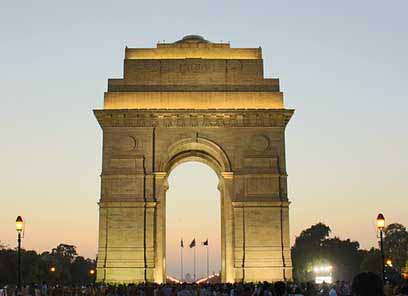 Delhi is divided into two parts.
*The Old Delhi
*New Delhi
Old Delhi was founded as by Mughal Emperor Shahjahan in 1639.

New Delhi is the capital city of India. The New Delhi originally referred to the newer sections of Delhi. The foundation of the city was laid on December 15, 1911. It is home to numerous national institutions and landmarks.

Quick facts of this capital city of India: